China said it was going to build two hospitals in under two weeks.

The time frame was not an exaggeration. Ground was broken on the first facility on Jan. 24. Chinese media reported that the facility, with beds for 1,000 coronavirus patients, opened its doors on Feb. 3.

But the term “hospital” may not be exactly on point.

“I wouldn’t call it a hospital. I would call it more of a triage and isolation facility,” says Eric Toner, a senior scholar at the Johns Hopkins Center for Health Security.

“An infection triage, treatment and recovery center — that’s what I think it is,” says Pan. The idea is to have “essentially a center for mass quarantine of patients.” People who test positive for the new coronavirus will be held in private rooms and receive treatment until they recover and are no longer contagious.

The two structures will consist largely of “prefabricated hospital components,” says Pan. “Each bedroom is built off-site” with materials such as aluminum and steel, then brought to the site to “plug in and stack up.” The exterior of the building will likely be plaster or metal, he believes.

What’s more impressive than the two-story aboveground building, says Pan, is creating the underground infrastructure to bring in water, electricity and an air supply. “That’s not an easy feat.”

The Chinese have experience erecting these fast-track medical centers. A facility was built in about a week in Beijing in 2003 to house SARS patients. The center has since been abandoned, says Pan, but reports in Chinese media say that it is being rehabbed for possible use by coronavirus patients.

The speed of construction is partly because of China’s ability to mobilize resources. There are 4,000-plus workers on each site for the two facilities going up in Wuhan and hundreds of construction machines.

In theory, the U.S. could put up a medical center as fast as China can, Pan says — but in practice, no. “One of the reasons is that we have a tighter inspection process. In China that process is not as stringent as in the U.S.”

But he’s not worried that the new centers will be poorly constructed. “I think they are structurally sound,” Pan says. But he does have concerns — about the environmental impact of rapidly installing the underground infrastructure and about whether “any type of chemicals in use for treatment percolate down to the earth below.”

The two medical centers are “pretty close to residential areas,” says Pan. “If I’m living next to one, I would be really concerned about those aspects.” 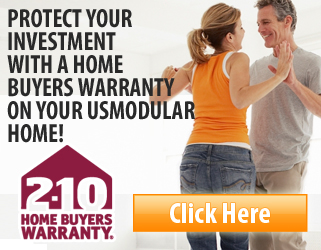