Here are a few of the top trends to watch in 2016, according to the experts and why Modular/PreFab construction will continue to grow:

The most commonly mentioned trend for 2016 was the continued effects of the skilled worker shortage. A significant portion of employees who left the industry during the recession never returned, and companies are still struggling to find workers at all levels to properly staff their teams.

The labor crisis is not a new issue, and most experts predict it will continue well into 2016 and beyond, as the talent deficit will require multiple years to fill up again.

Another significant concern: The slowdown in immigration has contributed to the already existing labor shortage, as reports have found many workers who returned to Mexico during the recession have not come back to the U.S. due to increased immigration controls and more job opportunities in Mexico.

Politically, the environment against immigration has changed some of the workforce dynamics and made it difficult to staff a lot of the trades. 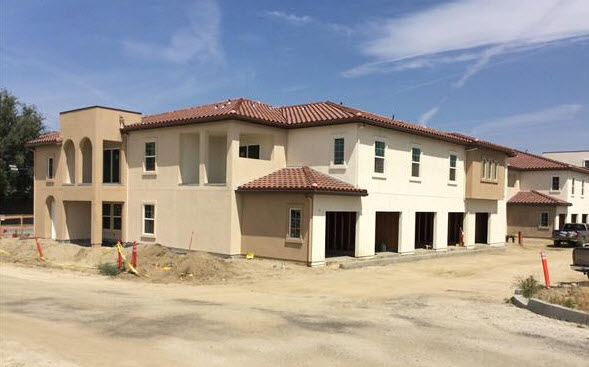 Offsite — also known as modular or prefabricated — construction has been gaining ground as an alternative building method that offers the benefits of reduced construction time, less waste and possible cost savings. As companies struggle to staff job sites and stick to difficult schedules, many have started to turn to prefab as an option that offers more certainty.

“A lot of use of things like prefabrication, we expect that to be an accelerating trend next year,” Thasarathar said.

Ron Antevy, president and CEO of e-Builder, told Construction Dive he has seen a growing use of prefab methods, especially in the healthcare sector.

“(Prefab) is up-and-coming. That’s a way to save costs and speed up the time,” he said. “Some of the larger owners out there are starting to realize there are efficiencies there, but you have to be doing a certain amount of volume for these kinds of strategies to pay off.”

Wider implementation of offsite construction has been somewhat hindered by the design and construction culture, according to experts at the Offsite Construction Expo in September. They also cited the change in the traditional building process that comes with offsite methods as a deterrent for implementing the approach, as contractors and owners struggle to adapt to the varied timeline of decisions and building. Still, the additional certainty that comes with prefab could catalyze the growing trend in 2016.

Green building Will Grow in Commercial and Residential Sectors

Commercial construction has typically led the pack in green adoption, but the residential sector is starting to catch up. The growing trend in both sectors is driven not just by a desire to produce environmentally friendly structures, but by consumer demand, higher-quality results and lifecycle cost savings, according to experts at Greenbuild 2015.

In the residential sector, green building currently accounts for 26-33% of the total residential market and has helped contribute to the industry’s recovery after the recession, according to Dodge Data & Analytics.

“I do think (green building) is a growing trend in response to demand,” Robert Dietz, an economist with the National Association of Home Builders, told Construction Dive. He pointed to the aging in place movement as a driving force for that demand, as baby boomers are remodeling their current homes and seeking out ways to increase energy efficiency and reduce utility bills.  Building with modular construction is greener and gains LEED points due to its centralized construction method and the reuse of materials to minimize waste.

Jobsite accidents on the rise

A New York Times report in November also found that construction worker deaths are on the rise in New York City, and safety measures were inadequate on many of the construction sites where deaths occurred and that immigrants represented a disproportionate percentage of those killed.

Experts predict this heightened focus on industry wrongdoing will continue into 2016, especially as OSHA will increase its fines this year for the first time since 1990.

Raymond T. Mellon, a senior partner at Zetlin & De Chiara, said he believes construction accidents will increase in New York City this year due to “a dilution of the trained and experienced work force as a result of the continuing red hot construction market.” He added, “This will lead to more entry level, unseasoned construction workers not appropriately trained as to the work itself, as well as safety features, on worksites. Combine this with the entry of ‘novice developers’ who have a tendency to cut corners, and you have the potential for more accidents.”

Accidents in modular factories are much lower than projects built completely onsite.

Industry analysts have largely agreed that the multifamily sector’s hot streak will inevitably cool down, and that slowdown will likely occur in 2016. On the positive side, the single-family sector is expected to pick up steam and see a strong year. In its 2016 Construction Outlook, Dodge Data predicted single-family construction will see a 20% increase in starts this year, while multifamily is expected to post a 7% gain after several years of double-digit increases. Most  Single and MultiFamily projects are candidates to save time and increase quality by using modular construction